My partner is a 'dictator.' Is this abuse?

Control is one of the primary characteristics of emotional abuse, psychological abuse, verbal abuse, and sexual abuse.A person that controls another person is a 'dictator.'

In an emotionally abusive marriage or committed relationship, the abuser loves to tell others what to do. In fact, this is often the purpose of his or her abusive ways—to have full control over the relationship.

Dictatorship is a blend of tyranny, a combination of indifference to the feelings of others and cruelty to others. A reasonable and healthy person understands that everyone has rights and entitlements.

Dictatorship is one of the hallmarks of an emotionally abusive marriage

Fiona met Jimmy through a respectable dating service and was immediately infatuated with him. He was warm, engaging, charming and affectionate. Fiona had been married two times before and was desperate for companionship. At the time, Jimmy seemed to be everything she sought in a marriage partner.

After three months of courtship, Fiona and Jimmy were married.

During their honeymoon week in the Caribbean, Jimmy told Fiona that he intended to be the 'boss' in their marriage—and he meant it.

When Fiona heard that Jimmy wanted to be the 'boss,' she thought it was endearing. After all, she loved Jimmy, trusted him and in her mind his words that he would be the 'boss' was understood to mean that he would take care of her.

Within a few weeks of marriage, Fiona was serving Jimmy the foods he liked, staying home to keep him company and to attend his wants and only talking to family and friends when Jimmy was away at work.

As if Fiona was a waitress in a restaurant, Jimmy ordered up sex—it was to be how and when he liked it. If Fiona dared to protest or express what her own sexual desires were, Jimmy accused her of being selfish.

Initially, Fiona did not think much about Jimmy's demands. She did not even think he was selfish. Rather, she thought—and secretly hoped—that Jimmy was just adjusting to married life. Meanwhile, the psychological abuse grew every day.

Initially, Fiona felt exhausted catering to Jimmy's whims. Then, she began to doubt the correctness of Jimmy's demands.

Fiona began to wonder: Am I being emotionally abused? Jimmy never hit her or broke things, but maybe this is psychological abuse she wondered. She had heard a girlfriend discuss emotional abuse, but she wasn't sure about her new relationship with Jimmy.

Fiona began to read everything she could to try to answer the question she had asked herself, "Am I being emotionally abused?" It did not take Fiona long to realize she was living in an emotionally abusive marriage. Many of the things that Jimmy did and said were examples of psychological or emotional abuse.

Living with Jimmy, left Fiona feeling worthless and that her only value was only in serving him.

After a few months, Fiona began to protest Jimmy's dictatorship and her role of servitude. At first, she tried to reason with Jimmy, but he would not listen to her. Next, she became depressed, felt helpless, and she spent hours crying. Not unexpectedly, Jimmy didn't care how she felt.

Fiona threatened Jimmy with separation. She told him she did not want to live as an emotionally abused wife, and if he didn't stop bossing her around she would leave. Jimmy was quick to respond.

Jimmy packed his bags and left. No discussion, no consideration, nothing… he just left.

Fiona was devastated. She couldn't believe what happened to her third marriage. Once again she was alone.

Fiona's resolve weakened. After a few weeks had passed and Jimmy did not return, she begged him to come home assuring him they could work it out. It was too late. Jimmy had already found another woman to rule over.

Fiona and Jimmy had been married for only five months.

Upon reflection, Fiona realized that Jimmy's response to her dissatisfaction was further proof that he was an emotionally abusive husband who did not love her—he only loved what she could do for him.

Fiona, now on her own, realized that Jimmy's abrupt termination of the marriage was a blessing.

Fiona had always wanted to start a business, so she took some classes and learned some new skills. She was successful in her new career. Soon she began dating another man whom she hoped would be kind and gentle, who would respect her as a person and who would treat her as an equal.

Does your emotionally abusive spouse or partner lord over you? Is every decision in your lives his or hers to make?

When your emotionally abusive wife, husband or partner expresses what he or she wants, is it his or her expectation that you will comply and no explanations are necessary, questions as to "why" are not welcomed?

Is your partner's every word, the final word?

Does your partner ask you what you want only when there is a desire for sex; and the rest of the time he or she doesn't care what you want?

Does your partner feel he or she 'outranks' you? That he or she is more important than you, smarter than you, more talented than you and because of this, he or she should make all the decisions?

Have you answered 'yes' to some of the questions above? If so, and this is your life, know that you are in an emotionally abusive relationship that is characterized by a partner who has arranged a relationship in which he or she is the dictator.

If this is your situation, psychological abuse is your fate, and you are suffering! But you can change this. Get help, get strong… and encourage your partner to change... or get out of your emotional abuse marriage.

A good start for many emotionally abusive wives or husbands, or committed partners is to learn some anger management techniques. Click below to learn more about my Anger Management Workbook. 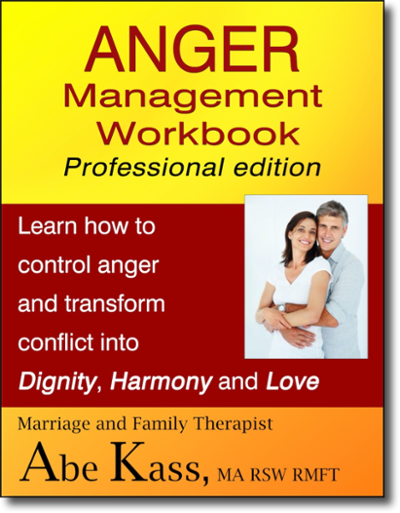 Living with a dictator partner is painful. We are ALL meant to be free and not subservient to anyone—freedom is a non-negotiable human right!

Watch the video to see how emotional abuse destroys a relationship. There are several best self-help books in our bookstore dealing with emotional abuse.

Get the facts on what scientists say about divorce.

Did you know that Parent Alienation is a Form of Emotional Abuse?