Parent Alienation is a Form of Emotional Abuse

Ten Guidelines to Reduce the Likelihood of Parent Alienation

Parent Alienation is a form of brainwashing whereby one parent convinces his or her children that their other parent is bad and that having a relationship with him or her is wrong.

Parent Alienation is a type of emotional abuse and its victims are children.

Children should be allowed to develop an independent relationship with both parents, even when their parents are living apart!

Parent alienation is not a natural reaction to an irresponsible, abusive or genuinely 'bad parent.' Rather, it is a deliberate act of anger and revenge perpetrated by one parent whereby he or she targets his or her former partner.

Parent alienation is a serious condition that is very detrimental to the entire family. In particular, children are emotionally and materially injured when they are forcibly alienated by one parent from their other parent.

Parent alienation causes a loss of a valued relationship between a parent and a child. This loss can never be made up even after the children have grown up and are adults.

Once parent alienation has taken hold, it is extremely difficult to eradicate or reverse. In some cases, judges will attempt to remedy the situation by changing the terms of custody. For example, if Mom has custody of the children this is reversed, and custody is given to Dad. However, although there may be some merit in this solution, it can by no means undo all the damage that has been done. As well, changing the custodial parent and switching homes is in itself traumatizing.

The best solution — and actually the only logical solution — is to prevent parent alienation. By preventing the emotional tragedy of parent alienation, children can grow up in a relatively healthy environment even after their two parents have separated and live apart.

Although the following suggestions should be formally included in a Parenting Plan, they are primarily meant to be preventative and not prescriptive of how divorced parents should care for their children.

1. The children should have their own phone so that their dad or mom can contact them during mutually agreed upon times when they are in the home of the 'other parent.' Neither parent should be the 'gatekeeper' regulating the communication between a child and a reasonable parent. In the Parenting Plan, there should be specified times when a parent can call a child and check in on him or her.

2. If a pattern develops in which mom (or dad if he is the custodial parent) reports that "the children do not want to participate in visitations with dad," upon dad's discretion the children are to be taken to a mutually agreed Parenting Coordinator specialist to determine the precise reasons that visitations with dad have been interrupted. Every reasonable effort must be made to maintain the previously agreed upon times for visitation. Parent Alienation typically begins with one parent maintaining the children "do not want to visit or associate with the other parent." A disruption to the pattern of visitations must be taken seriously and thoroughly investigated to find out the reason why "the children do not want to visit with the noncustodial  parent."

4. Parents are to permit children to bring items, such as clothing, gifts, and other personal items, that have been given to the children from 'the other parent' into their home. Children are not to fear or feel guilty for having a beloved or useful item which is associated with one parent and then rejected by the other parent. For example, if one parent buys the child shoes, the child must be allowed to wear them in both homes.

5.The children are not to be asked details regarding visitations with the 'other parent.' This includes details about future relationships either parent may develop with other individuals. If mom or dad develops a new and serious relationship with someone else, he or she should inform the 'other parent' so he or she can have general information about with whom the children are meeting and associating. However, questions such as, "Did you see them kiss?, Is she pretty?, Did he spend the night?" should not be directed to the children. If there is a concern or questions, they should be asked directly of the 'other parent' via any agreed upon means of communication.

6. Derogatory comments directed to the children about the 'other parent' is strictly forbidden. Such comments are a form of Parent Alienation and emotionally painful for the children to hear.

7. The following four messages and impressions are never to be conveyed to the children:

(1) I am the only parent who truly loves you.

(2) Feeling good about yourself can only come from me.

(3) Your other parent can not be trusted. He or she will abandon you.

(4) If you want love and care from me, you cannot have a relationship with your 'other parent.'

These messages may be delivered by an alienation parent directly or indirectly. Regardless of how children receive them — these 'messages and impressions' are devastating and cause lasting damage to the victimized children's mental health.

8. Both parents are to encourage the children to love and respect their other parent. This should be the benchmark for both parents even if the 'other parent' is despised. Children should be free to develop a relationship with both parents and should one parent behave poorly and because of this be naturally rejected by the children, so be it. It is not for either parent to dictate how a child should feel about the 'other' parent. Child-parent relationships should rise and fall based on their own merit.

9. Custody exchanges and visitations are to be carefully regulated to comply with agreed upon times. Sloppy and inconsistent compliance will naturally lead to conflict that can then very easily slip into the abuse of Parent Alienation. The goal must be to reduce opportunities for alienating behavior, not the opposite.

Parent Alienation is emotional abuse, and it is a direct assault on the wellbeing of children. As well, Parent Alienation attempts to eliminate or reduce the God-given and natural right of a man or woman to parent his or her children.

Every effort by all individuals of influence in the lives of the children should be made to prevent Parent Alienation. Prevention is the only reasonable approach. Correcting current and past Parent Alienation will always have limited success and may even unintentionally further victimize. For example, the best way to cure cigarette smoking-induced lung cancer is to never smoke in the first place. Once lung cancer has set in, it is impossible to completely reset the body to perfect health even if the treatment is 'successful' — there will always be lasting injuries and vulnerabilities. Cancer treatment itself is harmful to the body, and the disease may reappear at a later time. The best solution is never to smoke. So too with parenting children when their parents are separated and divorced — every effort must be made to prevent Parent Alienation.

Make sure Parent Alienation is not part of your children's lives. And if you suspect it is, then get outside professional help to seek a remedy before it is too late.

Marriage and family therapist and social worker Abe Kass, has been deemed an "expert witness" for the purpose of providing an opinion on Parent Alienation by two Superior Courts of Justice for the Canadian Province of Ontario. Learn more about Abe Kass Professional Counseling Services.

The best book to buy when you are serious about raising a happy and healthy child. Learn more. 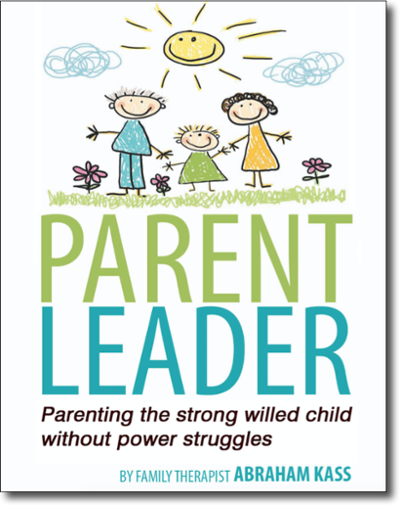